Step 1: Admit you have a problem

When we were there last August.... We looked at DVC. We even signed up for it, but we were a bit confused as to how the points worked. We thought you could carry them over (and over and over) so that if you needed 100 Points for your intended vacation, you could sign up for 50 points annually and go every other year. This you can do. What we also thought (incorrectly) was that if you wanted to do a "Bigger" vacation that was maybe 200 points, you could save up points for 4 years and then go. Alas, you can only rollover LAST YEARS points. If you don't use them the next year you lose them.

What might have made it more valuable for us would be additional discounts, but it seems that there are very few discounts with DVC that you cannot get otherwise (AP, TIW, Etc). At least any of the discounts that WE would be interested in.

I am not saying it's not a good program. If you are going to go faithfully every year (or perhaps every other year) I could see value in it, but at this time, it's just not for us.

Thanks guys, I appreciate the feedback. I've crunched the numbers ten different ways, and I could probably make a solid argument in either direction.

My first trip was 1985...one day at Epcot, one day at River Country and camped at Fort Wilderness.

The hook wasn't set though until, several trips later, a 2005 trip with the kids. The magic of walking along the boardwalk and a magician rode by on his bike and set up a show for us (magical). It made me pause on the whole experience.

The addiction went to a new level with the purchase of DVC and annual passes. DW and I make 3-4 trips a year.

Her hook now is that she enjoys Disney Bounding (character based clothes but not costumes) which when she mentioned to me sounded fine for her. Until our next trip, where I proudly had my Donald, Mickey and Goofy outfits organized. Still her thing but kind of fun to do with her.

The nice thing for us is that we have a resort we go to on Lake Erie that is equally as significant to us as Disney that we spend a good portion of the summer at and we can go to Disney during the other nine months when the weather is a bit better in Florida.

My first visit was in 1994 and stayed at th Beach club.
I'm raising two fledging young daughters who are growing their addiction and have been 6 times already.
This site is a huge enabler for my addiction as well as the vast amount of available Disney world content such as the dis unplugged.
I love the feeling. The feeling of pure joy. I have had bad trips and great trips but I always come back. It's my families pilgrimage

BobbyDukes said:
I have had bad trips and great trips but I always come back. It's my families pilgrimage
Click to expand...

I hear you on the "bad trips and great trips". There are so many levels to it, but I think our worst trips had more to do with not meeting lofty expectations.

But I don't have a problem I can quit anytime I want. Really That being said our 1st trip was in 2006 when my daughter was 5 and me 45 (did I start late or what) and next June will be our 5th trip.
W

When did your addiction start?
Long Before my first trip. I have been told one of my first words was Mickey.

When was your FIRST trip?
September '97 during the 25th Anniversary.

When did your problem start.
On my third trip in '17 with my 3 DD's for their first time after seeing the smile on my DD's face(6) as we looked up at The Train Station before entering MK. Returning Dec '18 and getting my first AP.

wdwfanguy24 said:
When did your addiction start?
Long Before my first trip. I have been told one of my first words was Mickey.

When was your FIRST trip?
September '97 during the 25th Anniversary.

When did your problem start.
On my third trip in '17 with my 3 DD's for their first time after seeing the smile on my DD's face(6) as we looked up at The Train Station before entering MK. Returning Dec '18 and getting my first AP.
Click to expand...

Nothing like seeing the young-uns reaction to their fist trip to the world.

Feel free to join us in the main thread...

where we talk about life, out kids and of course Disney.

I think the answer to the first question is probably where did my Mom’s addiction start. It’s hard to pick a date when your life has been filled with Disney from the start. She went in ‘71 took my Dad in ‘73 and they took me in ‘80.

I think the “problem” started in ‘92 when we started the streak of going at least once a year. My wife made her first trip in ‘97 and jumped in full blast. Our DS has had all 4 birthdays in Magic Kingdom so someday his question 1 will probably start like mine.
A

I have allot of family members living in Florida, mostly in the Orlando area. I stayed with them and my uncle gets free passes to all the Disney parks, Universal Studio, etc. in Florida only.

I don't remember my first trip to Disney maybe in the 70's or 80's because that trip I also went to Weeki Wachee.
1990 - My baby sister first trip to Disney World and Epcot
Mid 2000 I was in LA, Cali for business so I stop at Disneyland when I was not in my company office.

I be going back to Disney in few years. I'm planing to book a Disney Cruise and the park together once my son gets few years older.

Why am I in this handbasket?

I'm BRB and I think I have a problem...it's new though...I think

Took my toddler on a babymoon before her baby brother was born, only completing 1.5 days at MK and 1/2 day at AK...went in with zero expectations and immediately decided with the DW we'd be coming back every 2-3 years. DW's best friend is a bonafide WDW addict though and convinced us to look at DVC...and that's when I developed a problem. Have always been the type to go overboard with a project when it's got my attention and WDW has turned into that 100x over - from which DVC resort to buy, to how to plan my banking/borrowing strategy, to which restaurants we want to try...I'm in deep. I've started listening to podcasts on Disney history and I go to bed dreaming of the future visit where we can have all my nieces and nephews staying for a week at a Grand Villa at Animal Kingdom...

But I'm not sure that this is new...
1997 as a teenager, the family was set to go on the "you get one disney trip, we're going to do it all" siege on WDW. And I spent months pouring over The Unofficial Guide to WDW (1997 edition)...what rides, what restaurants, the right order for RD and so on...but then my Great Grandmother died and my dad lost his job and we postponed until the following summer. I put the guidebook down until we got the 1998 edition and then it started over again...

We won't be buying into DVC until my work bonuses clear the way they are supposed to in Nov 2020, but that just means I have 14 more months to plan, revise, scrap and start all over.

I've been a Disney fan my whole life. I remember watching the Wonderful World of Disney on TV in the 70's. My first trip to the World was in '72, which put me at about 2 years old. And for some reason I remember It's a Small World because I thought the puppets (that's what I called them at the time) were going to eat me. Get over it, I was 2! I lost interest in the 80's, but reconnected with Disney during my time in the Navy. Once I got out, I was always saving for a trip to Disney World that just never happened, things kept cropping up that prevented me from going. I eventually moved to Boston to go to school and got a job with The Disney Store, I was in heaven. I then took advantage of my discounts and started taking trips to the World starting in '99 and went 4 years in a row, 1 with a friend and 3 by myself. I wish I could say I've gone every year since '99, but I lost my job when they closed my store, so there went my discount. I did lose interest again in the mid-2000's (the wife's not as big a fan as I am, and as such we went different places for vacations), but I'm back now and would like to take the family every couple of years. I figured with the DD being almost 7, it's a good time to start heading down as a family.
Last edited: Oct 3, 2019
You must log in or register to reply here.
Share:
Facebook Twitter Reddit Pinterest Email Link 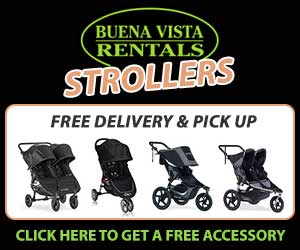